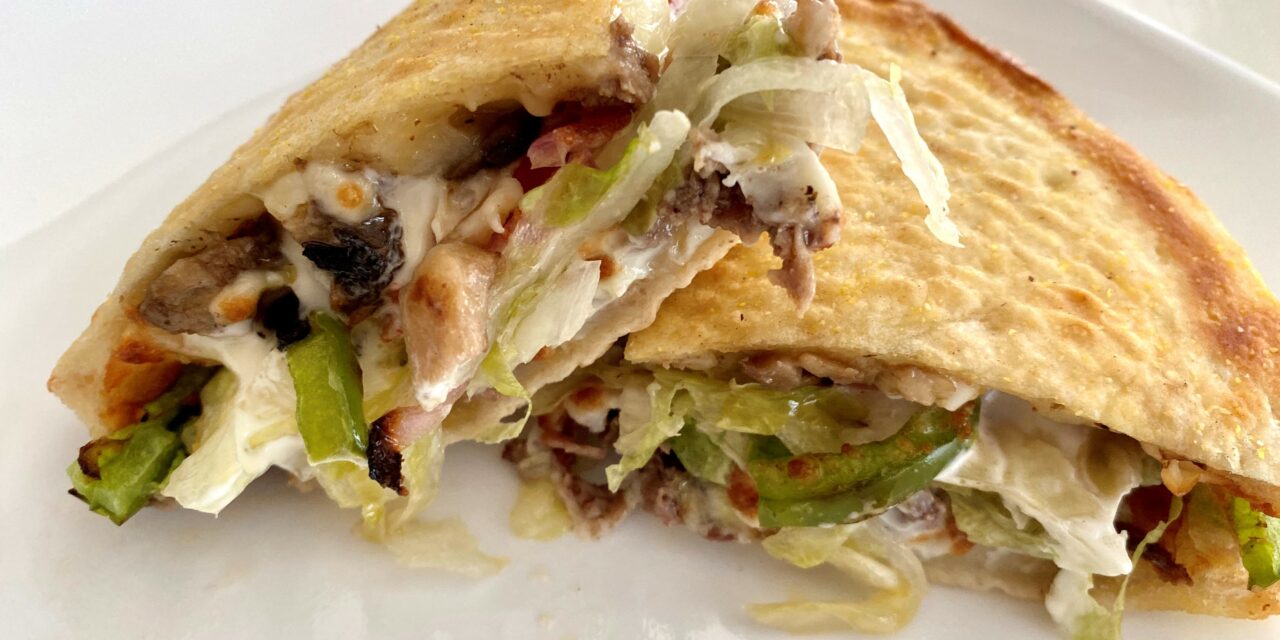 I don’t like pizza. I love it. It’s my favorite thing to make and my favorite thing to eat. When a friend asked if I had tried a “wedgie” from Fox’s Pizza Den, my first question was “Why?” Why would anyone go to a pizza restaurant and order something besides pizza, one of the greatest achievements of mankind? My second question was “What in the world is a wedgie?” If you look for a definition online, be sure to type “wedgie food” in your search bar so that you don’t get terrible flashbacks from middle school. The definition I was given is that a wedgie is a sandwich on pizza crust instead of bread. Curious to know more, I went to Fox’s Pizza Den. As I walked in, the friendly staff told me my table would be ready in a few minutes. As I waited I could smell pizzas cooking and sauce simmering. But I told myself as I had on the drive over, “No pizza. You are ordering a wedgie.” After I had been seated, the waitress promptly took my order: a steak wedgie. But as she walked away, I panicked and called her back. “I would also like a Bambino pepperoni pizza…” –just in case. When my order arrived, I looked at the pizza. The cheese was beautifully melted and I could hear the pepperoni still sizzling. But I remained strong, deciding to take a bite of the wedgie first. As I picked it up, I realized that it actually smelled really good, maybe even better than the pizza. Then I took a bite. This Fox’s Pizza Den wedgie was so much more than a sandwich on pizza crust. I’ll attempt to paint a more accurate picture for you: juicy, tender sirloin steak with bubbly cheese ever so slightly browned paired with sautéed sweet peppers, onions, and mushrooms, topped with shredded lettuce, sliced tomato, and the ideal amount of mayonnaise all packaged between wedges of Fox’s famous soft-yet-crispy pizza crust. I savored every bite. And to be honest, I don’t remember what happened to the pizza. 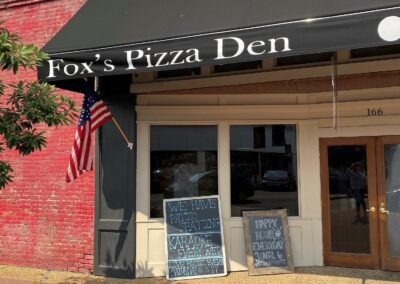 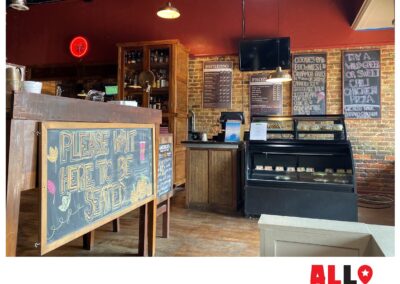 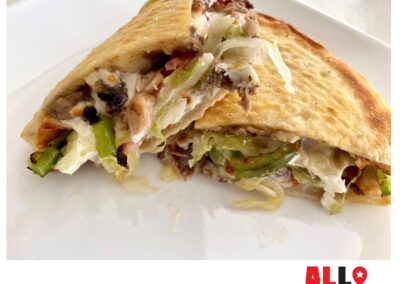 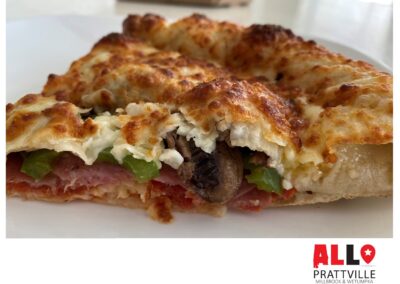 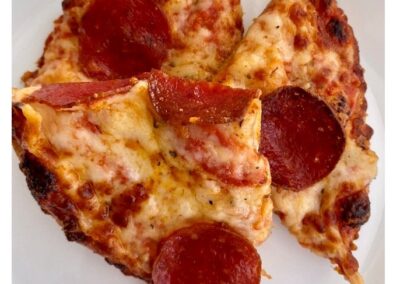 Things to do in Downtown Prattville, AL | Fox’s Pizza Den

Situated on Main Street, you’ll find one of Prattville’s favorites: Fox’s Pizza Den. Although originally a franchise out of Pittsburgh, Fox’s oozes Prattville history and culture, displaying local photographs and artwork from our town’s past. Fox’s is famous for their pizza, but have you ever tried one of their wedgies? A wedgie is usually described as a sandwich on pizza crust instead of bread, which doesn’t sound bad but it sure doesn’t sound as good as pizza. But a wedgie is more than that: it’s a compilation of components perfectly complimenting each other sandwiched between what is arguably the best form of bread (pizza crust). Their most famous wedgie is the Steak Wedgie: juicy, tender sirloin steak with bubbly cheese ever so slightly browned, paired with sautéed sweet peppers, onions, and mushrooms, topped with shredded lettuce, sliced tomato, and the ideal amount of mayonnaise all packaged between wedges of Fox’s famous soft-yet-crispy pizza crust. Go try it! You’ll get to try a local dish while sitting in a local establishment soaking up local history while supporting local business!  Be sure to tell them ALL Prattville sent you!